During the administration of Togbi KwakuYador and towards the end of the year 1999 and beginning of 2000 the UVA with the assistance of Dr. Yao Kaledzi, himself a member of the association, in collaboration with other sister associations under the umbrella of CEANA, acquired and donated medical equipment worth $3,000,000 to hospitals in Ghana and Togo. The cardio center in Korle-Bu Accra and Dzodze Hospital in the Volta Region were the beneficiaries. However, the equipment meant for Togo was not delivered due to technical, logistic and financial hindrances.

In addition, 2009 saw the completion and handing over of a six-room classroom block to the people of Sovie, in the Kpandu District of the Volta Region, Ghana and the Ghana Education Service. This project was a joint venture between CEANA and the Agbodoa family of Sovie..

After Sovie, another six-unit classroom block was constructed for the people of Tanyigbe, also in the Volta Region of Ghana. Once again, UVA collaborated CEANA to make this project come to fruition. The Tanyigbe project was also handed over to the community and GES in the first quarter of 2015.

Currently, UVA in conjunction with its partners constituting CEANA, is in the process of finishing yet another project in Togo. This project involves renovating and expanding a health center and sinking of wells at Alokoegbe and Amouzoukope. The wells will provide a relatively reliable and safe source of water to four villages in the catchment area; who hitherto relied on perennial streams and ponds for their water supply, exposing them to various water-borne diseases including guinea worm.

Apart from the foregoing, on an annual basis, UVA with her sister associations coming under the CEANA umbrella, awards scholarships to brilliant but poor and needy students whose families cannot afford a second cycle (SSS) education. Each year, at least fifteen (15) students each from Ghana and Togo benefit from this program. There are ongoing plans to extend this scholarship scheme to our brothers and sisters in the Republic of Benin.

In 2007, UVA on its own donated educational supplies and toys to some schools in the Volta Region of Ghana. Some of the communities that benefitted were Anfoega in the Kpandu District and Keta in the Anlo District. 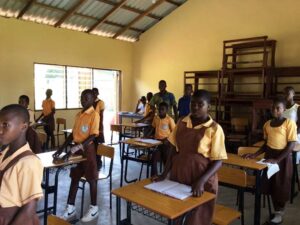 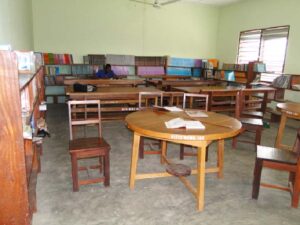 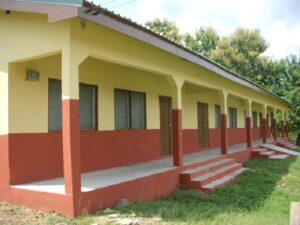